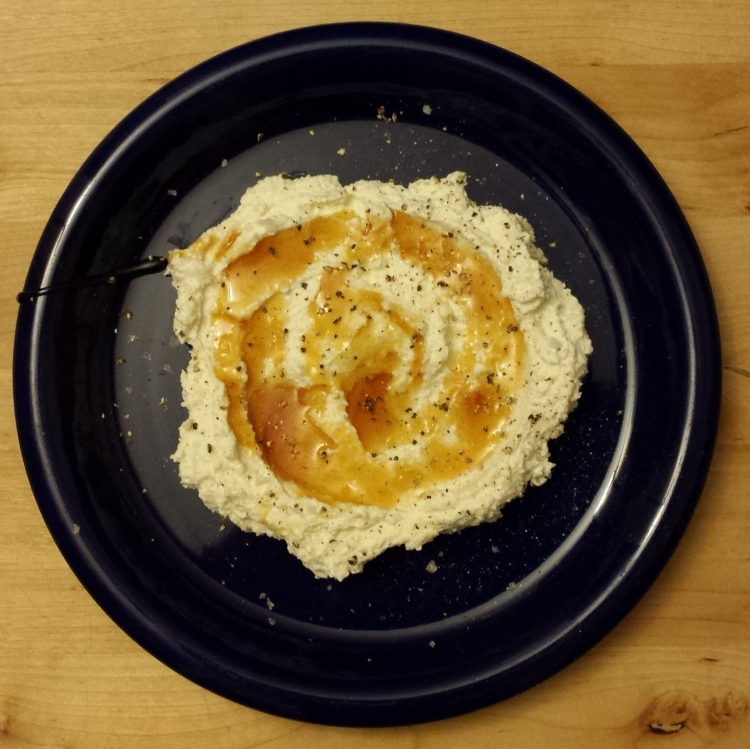 There are two tomatoes in a bowl on my counter. They are from the last of the tomato crop at Potter Hill, and the true end of the tomato season. They are not nearly as juicy as the tomatoes that come in during August and September, but I’m still holding on to them like they are made of gold. (Let’s not talk about eggplant) There are still greens and crunchy things available though, like carrots, cabbage, and kale that make for colorful meals. I’ve had some concord grapes in the fridge that I harvested before the frost from the vines that grow like crazy in the yard. I had jam priorities but need to find a food mill to deal with all the seeds so they were ignored, but shame on me because grape focaccia is a great thing.

Cabernet-braised short rib and chanterelle cobbler. This dish is definitely a show stopper. We subbed shiitake for the chanterelle’s because they were more reasonably priced, but otherwise kept everything the same. The biscuits were very easy to put together, and made for the perfect crisp on the outside, fluffy on the inside topping. The stew was richly flavored and I liked the combination of vegetables and mushrooms a lot. The photo is of the recipe doubled, which added some time to the cooking as many things needed to be cooked in multiple batches.

Vichyssoise. This is one of the few recipes I never deviate from when I make it. It has the most delightful name and a perfect potato texture and leek flavor improved with cream and buttermilk. Serve with lots of freshly ground pepper. 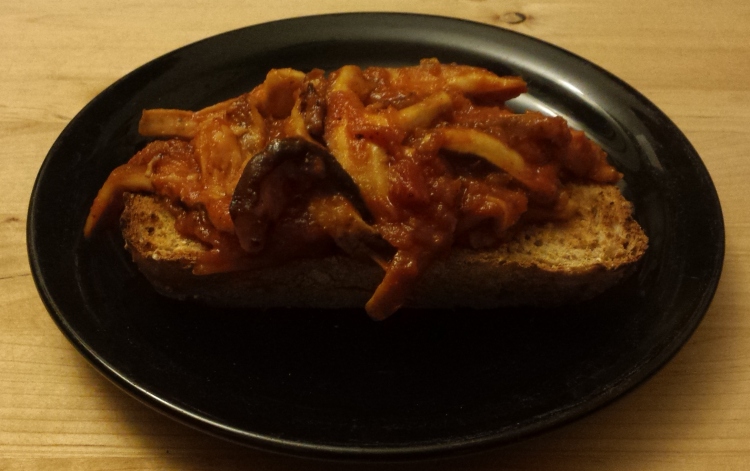 Rice bowls with roasted kohlrabi and tofu, carrot and cabbage slaw, and miso peanut sauce. These were pretty basic bowls with what was in the fridge. I’d never cooked kohlrabi, and this might not have been the best application for it. The tofu recipe is from the Thug Kitchen Cookbook (page 77, that’s how often I make it). The slaw was just thinly sliced cabbage with shredded carrot dressed with a little oil and rice vinegar. I substituted the tahini in the dressing with peanut butter, and didn’t like it quite as much as normal but it was better than making a special trip to the grocery store.

Whipped ricotta with honey and spicy salt (pictured at top). I used the recipe from The Homemade Pantry to made the ricotta, which was then whipped with cream cheese and a little milk. My whipped cheese spread of choice lately has been feta, and I missed the salty bite of it. I don’t think it will become my go-to spread, but I ended up being an excellent focaccia topping. 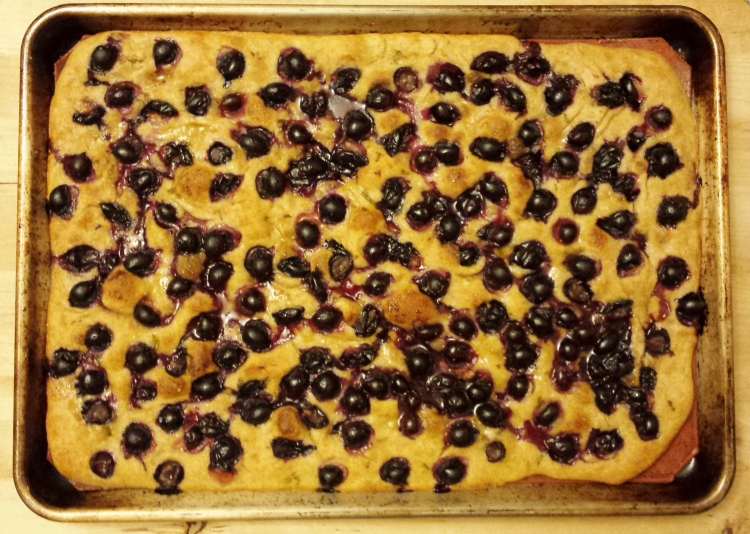 Grape focaccia with rosemary. The rising timeline on this bread did not at all work with my schedule for a weeknight meal, so changes had to be made. I reduced the amount of yeast to 1/8 teaspoon and made the dough the night before I wanted to eat it for dinner. The morning of I flattened it in the pan as described and let it rise during the day. The grapes took a long time to de-seed (probably over 30 minutes), but their sweetness paired with earthy rosemary and topped after baking with honey-ed ricotta was a mouthful to behold.

Shredded kale salad with tomatoes. Another potluck, another kale salad! Some of summer’s last tomatoes made it into this.  A simple salad with a tart dressing and nice, salty feta. I left out the olives as I didn’t have any, and used parsley instead of the dill. I’ve made this twice, and both times one of the salad consumers has commented that it is their first time trying kale. It must be a gateway salad.

Smoky red devil eggs. This was my first time making deviled eggs, and they aren’t so easy to make into pretty little filled orbs. But, they did taste good. I think my paprika is a bit past it’s prime because I wanted some more spice, but the rich tomato paste and slight bite of vinegar in the filling were great.

Torissi’s chicken fra diavolo (are you sensing a theme?).  I didn’t shop for this until the day of, so I boiled some water about 5 hours before cooking and then soaked the chilies in that to soften the flesh. I was still able to get out about ½ a cup of flesh from the peppers. I followed the directions and removed the seeds and ribs, but was a bit disappointed that the sauce wasn’t spicier. Next time I will reserve some seeds and add them back in if needed. It was still a rich sauce that was nicely balanced by the yogurt. I don’t have a grill so I just roasted the chicken whole then cut it into pieces and topped with the vinaigrette. I had some kale leftover from all the kale salads this week so I used that in place of the frisée and radicchio.

Rye chocolate brownies. Since these were just for two I halved the recipe and used a loaf pan. They were thick brownies, and could have used more than 25 minutes cooking time (but a gooey center doesn’t stop me). I couldn’t detect a large difference from the rye flour, and they were plenty chocolate-y. They were topped with a bit of ghost pepper salt to complete a very scary Halloween meal.