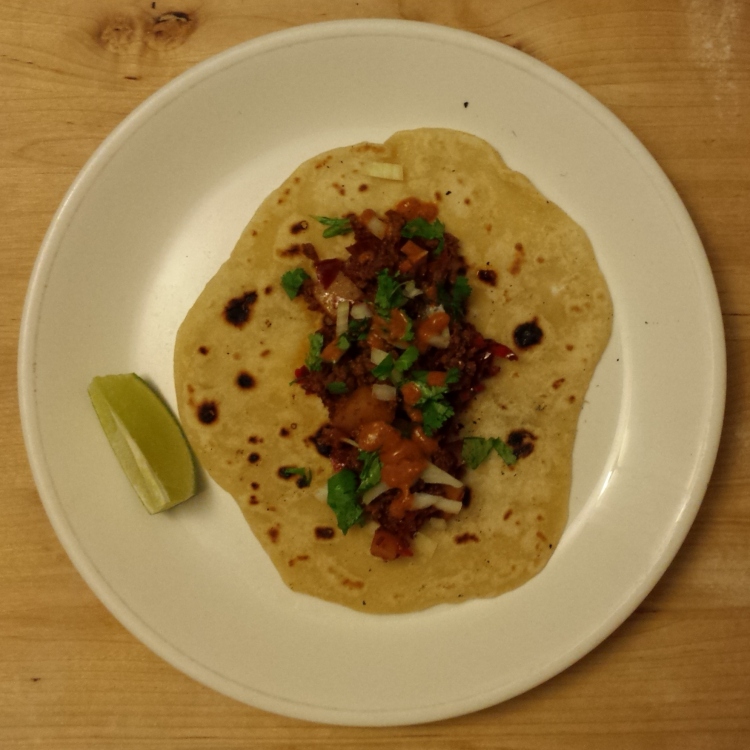 Potato and chorizo tacos (from Tacos: Recipes and Provocations). These were the real deal. I made the chorizo, salsa de árbol, and the flour tortillas. None of the individual components were that much work, but together they did take a full afternoon. Entirely worthwhile. 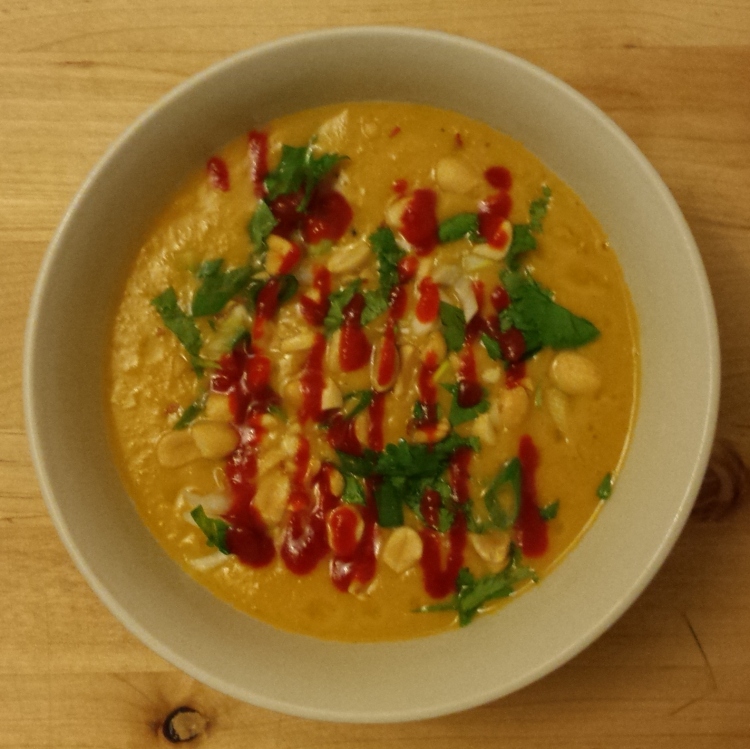 Spicy peanut squash soup with chickpeas (from Flour, Too). I’ve started this new thing where I make soup alongside whatever else I’m making for dinner on Sunday night to have for dinner on Monday. It has happened 2 weeks in a row and so far it works great. Soup always tastes better the next day, and Monday’s are busier after work so not having to think about dinner is much more relaxing. The soup was not supposed to be blended, but the texture of the un-blended squash was displeasing. Next time I would puree it and then add the chickpeas in after for some texture. The peanut butter added some heft and made for a smoother texture than just the squash had alone (maybe it is possible to like a blended soup without coconut milk!). The lime, cilantro, and sriracha at the end were just the right hits of sour, freshness and spice to finish it off.

Red lentil dal and roasted cauliflower (from Vegetarian India). I had to return this book to the library and I wanted to make something from it…but the first recipes I made from it were so good that I just made them again. I tripled the fried shallots on top of the dal so every bite had some and it was a great life choice. 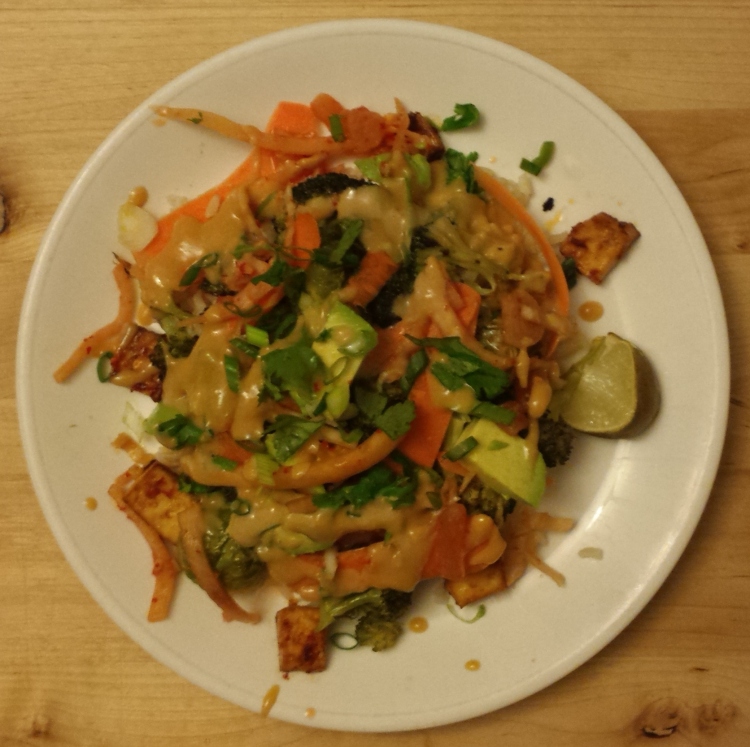 Hippie bowls with citrus tahini miso dressing (from Bowl + Spoon). I mostly followed the recipe from the cookbook, and roasted the tofu cubes, and added slivered carrot and avocado, but for my cooked veg I used broccoli and Brussels sprouts. The flavor of the tofu was good, but I prefer the Thug Kitchen method of cutting into thin planks to roast. This sauce would make a rug palatable. Doubling it would not be a bad idea. 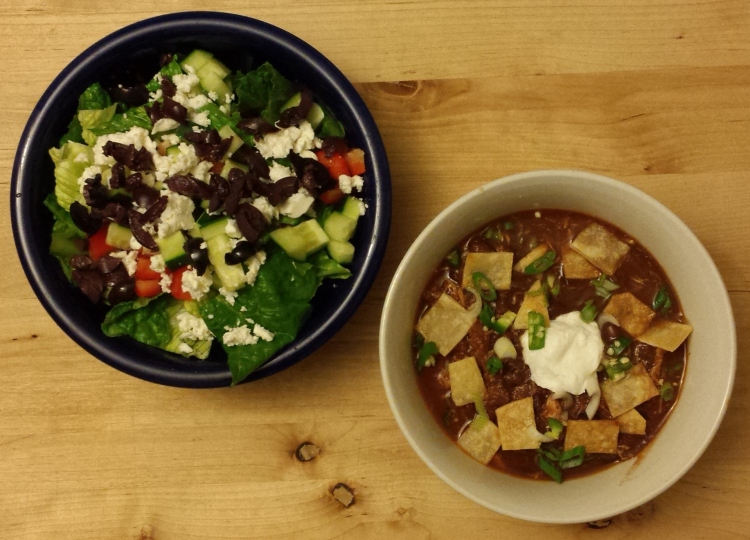 Chicken chili. What’s not to like about a chili that slow cooks the day away and is completely ready when you arrive home from work? I especially liked that this used dried beans to really maximize the slow cooker potential. I used a full bone-in, skinless breast and leg and fished the bones out before serving. Easy as can be and a delicious, thick chili. Oh, I also made a Greek salad to go alongside (entirely guided by what was in the fridge).

Apple pancakes. I substituted half the white flour for wheat, and added 2 small apples, grated to the batter.

Brussels sprout and potato hash. I parboiled the potatoes, then put them in a 425F oven for about 10 minutes. Then I put some shredded Brussels on the pan, tossed on a bit more olive oil and salt, and roasted for 5 more minutes. Finished with a fried egg and hot sauce (of course).