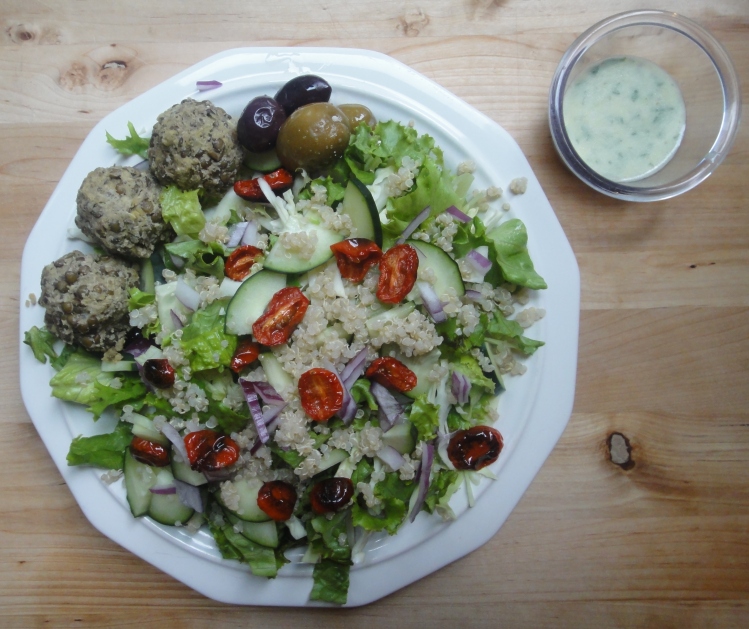 My cooking felt off this week. The meals I made were fine, but not all things I was especially proud of.  But in the end the house got fed with healthy foods, and there is always next week to plan something different.

Classic split green pea soup with smoked ham (from Flour, Too). This was the surprise favorite of the week. Yes, it’s not the prettiest but the long slow simmer with a ham hock made for a nice rich soup. I especially loved the finishing lemon juice and mustards, they nicely brightened what could have been a drab soup. 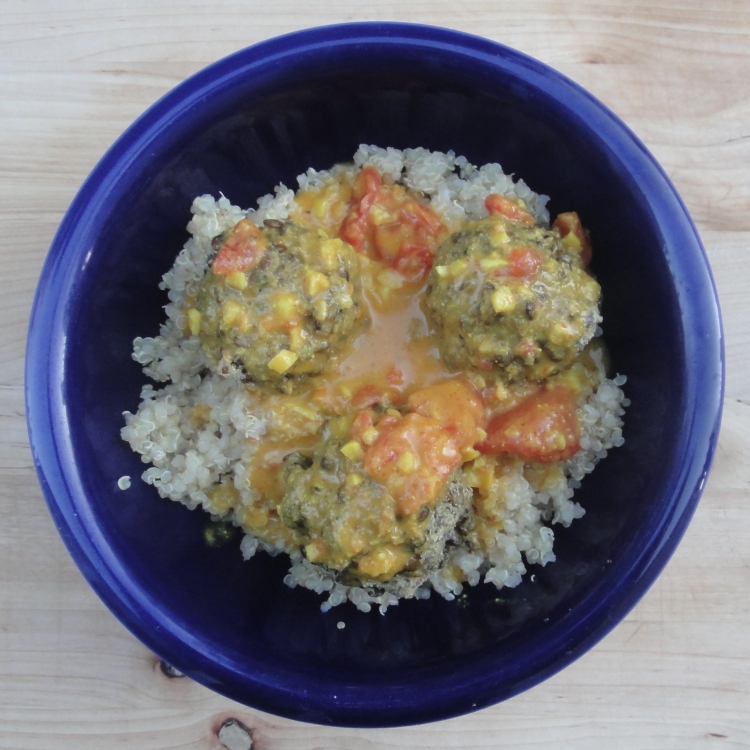 Lentil meatballs with Indian fenugreek sauce. This dish was…interesting. I don’t know if I ever tried fenugreek before this, and it was definitely the first time I cooked with it. It made for a very strongly flavored sour sauce that I ended up adding more coconut milk to in an attempt to mellow it. The lentil meatballs were fine and mildy flavored (they did stick together nicely). I serve it over quinoa to make it a heftier meal. The recipe said it served 4-6, and I was worried it wouldn’t be enough for lunch and dinner so I made an extra half recipe which was totally unnecessary. It made a baking sheet and a half of balls. So many balls. I’m not particularly excited to make this again, and will probably seek out recipes less dominated by fenugreek.

Pasta with garlic, kale, and mushrooms. I sauteed the mushrooms in batches so they would crisp nicely. When they were done I took them out of the pan and very briefly sauteed some garlic and shallot before adding in the kale. When the kale wilted down I added the mushrooms back to the pan along with a can of white beans (rinsed) and some red pepper flakes. When the pound of pasta was done cooking I drained it (forgetting to reserve some of the water), and tossed the vegetables in. I drizzled some more olive oil and Parmesan cheese on at the end.

Salads with lentil meatballs (pictured at top). I didn’t want to eat the lentil meatballs again in the weird sauce, so Will came up with the idea for these salads. I used a mix of lettuce and shredded cabbage for the base, added some cucumber and red onion, roasted some cherry tomatoes that had been sad and shriveling in the fridge, and spooned on some leftover quinoa. I made a dressing with yogurt, lemon juice, olive oil, and parsley. If I had any feta, that would have gone on too. While the balls aren’t as good as falafel, I enjoyed them much more this time around. 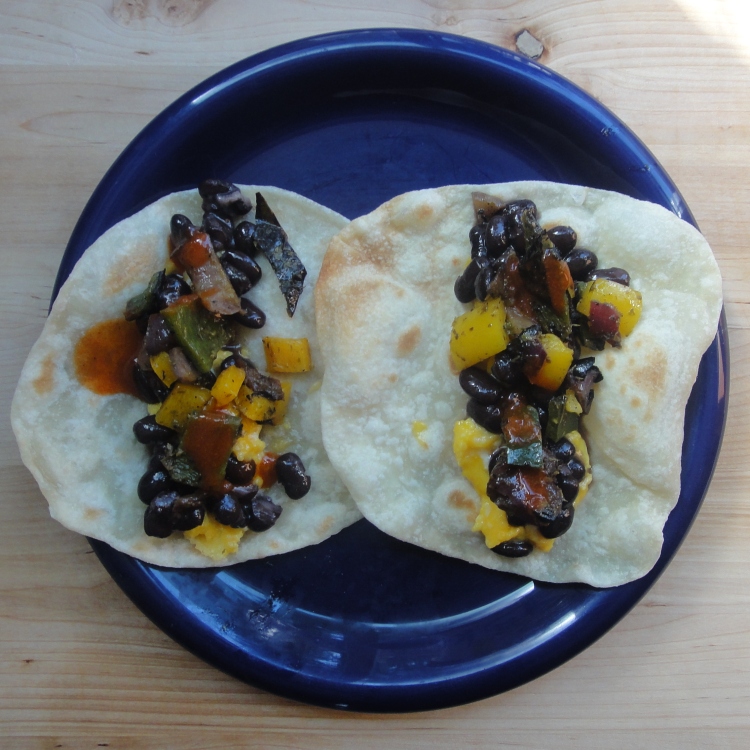 Breakfast tacos. We had dinner at my mom’s and she made grilled chicken, onion, and poblano fajitas with cilantro marinade. I made some flour tortillas (because Alex Stupak told me to) and guacamole and it was all delightful. These are the leftovers, re-imagined with some black beans and scrambled eggs.

Yogurt waffles. I replaced all of the white flour with wheat here, because I do that with my yogurt pancakes and figured it wasn’t all the different. The flours didn’t translate exactly though, and I found the waffles a little tougher. They still made for a wholesome breakfast and were a great waffle option for a house that was out of milk.