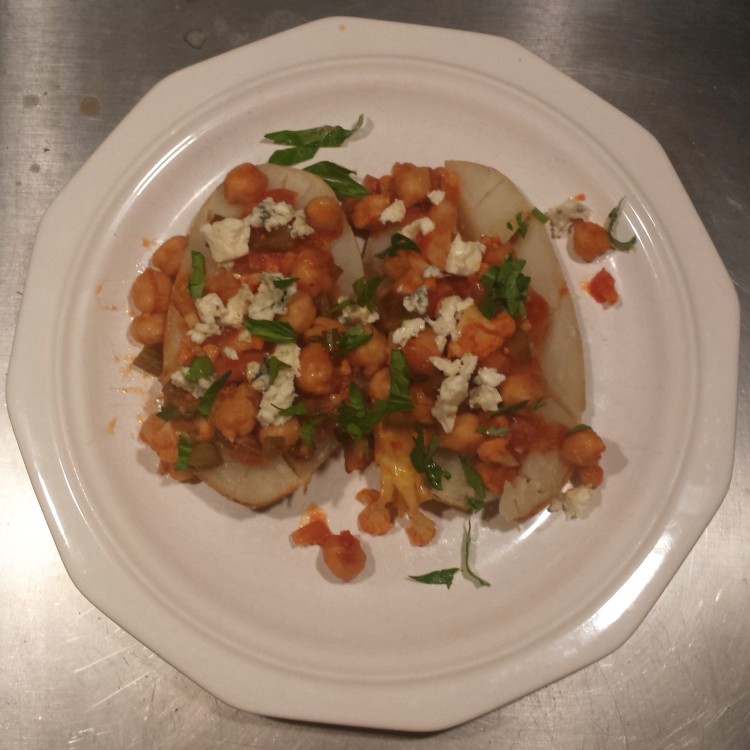 Twice baked potatoes with buffalo chickpeas and cauliflower. I can’t quite put my finger on what I didn’t like about this recipe. It may have been that you don’t roast the cauliflower so the flavor wasn’t as concentrated, or the tomato sauce added to the hot sauce which wasn’t exactly right. All in all it was a wholesome, vegetable heavy meal, but I think I will stick to my own buffalo cauliflower method next time. (I did also add some bleu cheese on top, making it not vegan.) 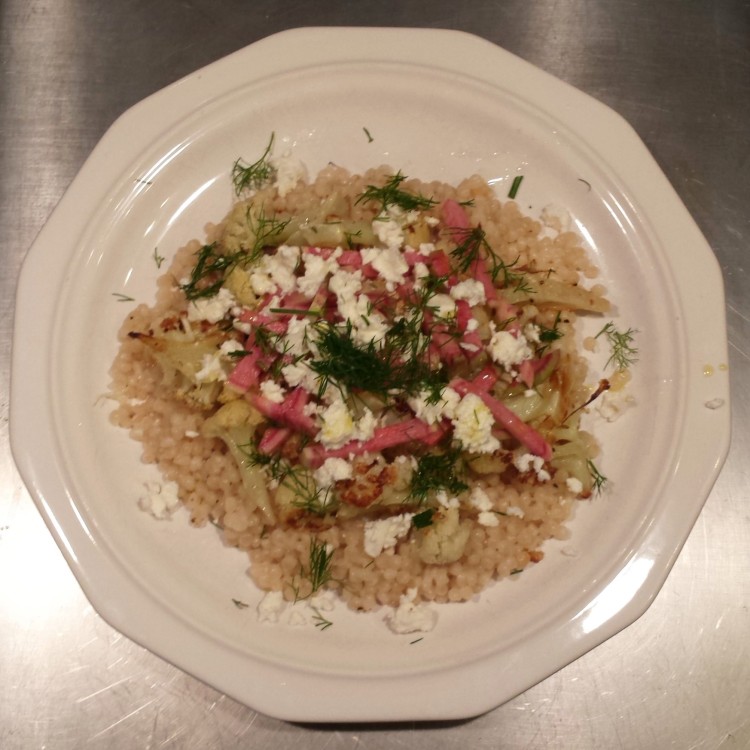 Israeli couscous, roasted cauliflower, radish, feta, and dill. I had half a head of cauliflower already prepped, only two people to feed and no leftovers needed. I raided the pantry for a quick grain and found Israeli couscous. I popped the cauliflower in the oven at 425F (oil, salt, pepper), cooked the couscous, and got out some lemon, more olive oil, feta, dill, and watermelon radish. Once the couscous and cauliflower were done I drizzled them with olive oil and lemon juice, then added the salad toppings. 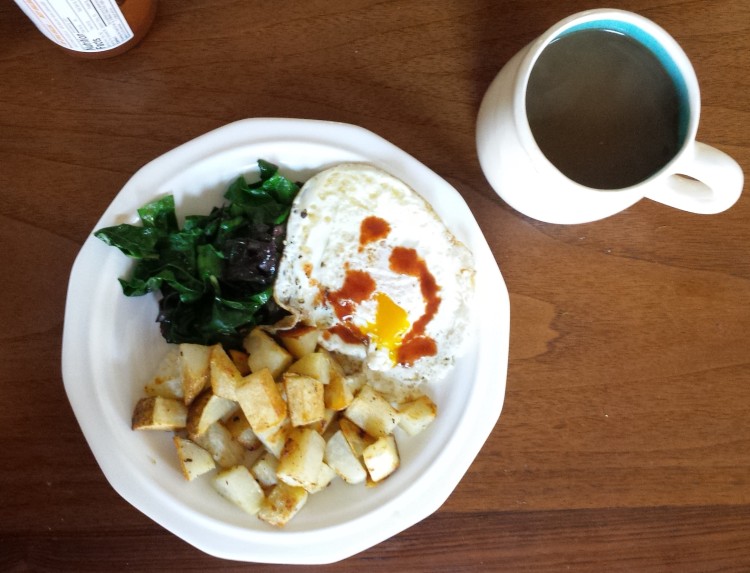 Crisped potatoes with fried eggs and chard. This was yet another iteration of my most favorite breakfast. This time I used leftover baked potatoes (from the twice baked potatoes), which I cubed and fried.

Smoked chili and pumpkin sausage, squash polenta, and sauteed radish greens. This meal was entirely build around the sausage. I had a vision of it on a bed of squashy, cheesy polenta. I made polenta as usual, then stirred in about 3/4 of a cup of cooked squash and 1/2 a cup of shredded parm. I cooked the sausage, then took them out of the pan and sauteed the greens in the sausage fat. It was a great balance of smokey spice, creamy polenta, and slightly bitter greens.