Before we got to Panama, Christina had asked about what we might want to do there. I love to visit food markets and grocery stores when I travel, so she planned for her husband, Patricio, to take us there one morning while she was at work. Besides knowing that this was not Patricio’s favorite place to shop, but the prices were low, I knew nothing about the market. We drove west out of the center of Panama City, which gradually elevated and overlooked a series of apartments that you know are less well off than those in the center of the city, because there is not a single air conditioner visible. The highway continues north and settles back towards the ground, and you pull off the street and are immediately at the market. 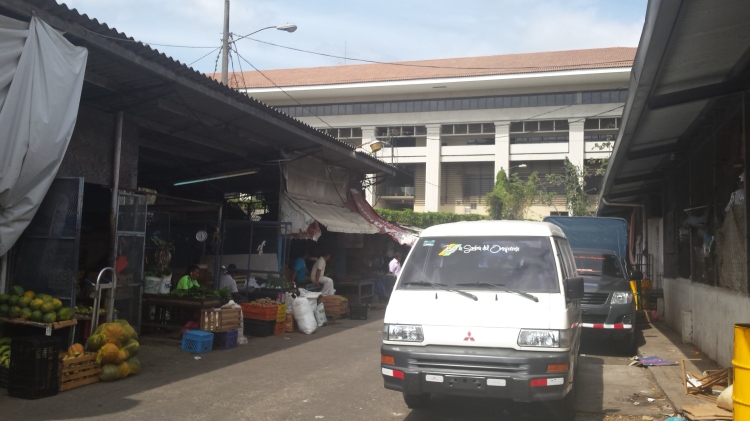 You pay to “park” (I forgot to ask Patricio how much it was), which was really just an entrance fee because there was no designated parking area to speak of. The market was a series of stalls, some of which had garage doors to pull down to close them and were about as big as a garage, others had much larger interiors. A few had high ceilings and open sides like a pavilion at a park, and some people were just selling out of the back of pickup trucks. The streets between the stalls were about the width of a large delivery truck, but they were used by said trucks, cars, and pedestrians (many of whom were pushing large dolly’s full of produce) all at once. 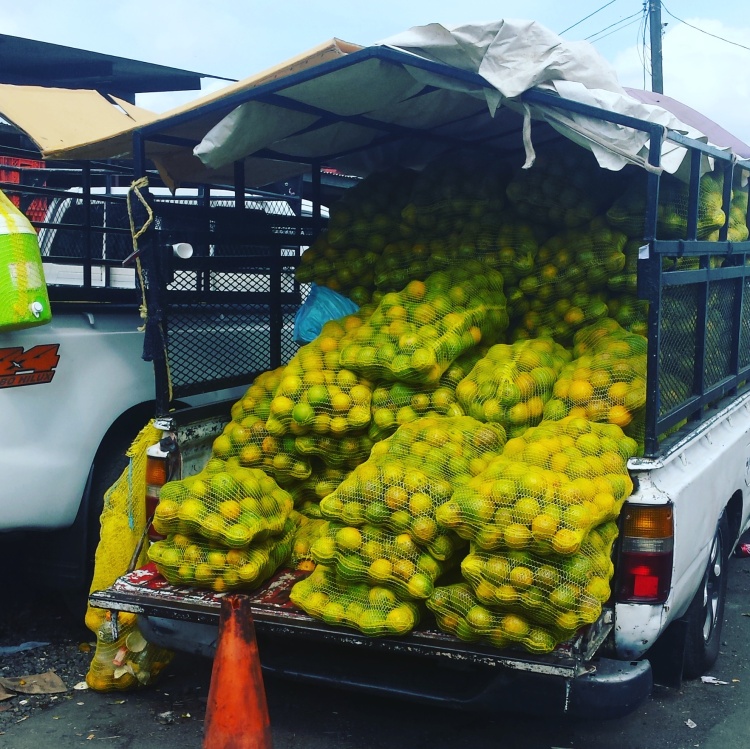 We drove at a crawl searching for a space to park, which were really just clear areas in front of stalls that weren’t open. Cruising for a spot gave me time to observe the many stalls, some of which sold an abundance of a single fruit, like watermelon, avocados, papayas, or plantains, or a mix of fruits and vegetables. We followed Patricio as he sought out favorite stands, and selected lettuce, tomatoes, cantaloupe, a green papaya, pineapple, avocados, and passion fruit. 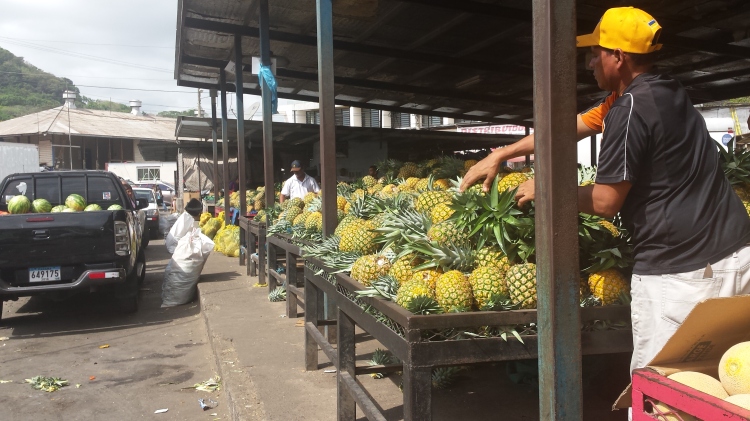 Many pineapple vendors were collected under a large pavilion with their goods pilled on low tables. One of the vendors was holding a pineapple by the greens, and had cut off the bottom and cut around the sides to loosen the fruit. He sliced off wedges and then pierced them with his knife to pass them to us. I had been sold far before the sample, but the incredibly sweet, juicy, tropical and just slightly acidic fruit sealed the deal even further. We sprung for 2 of the larger pineapples he was selling for $2.50. 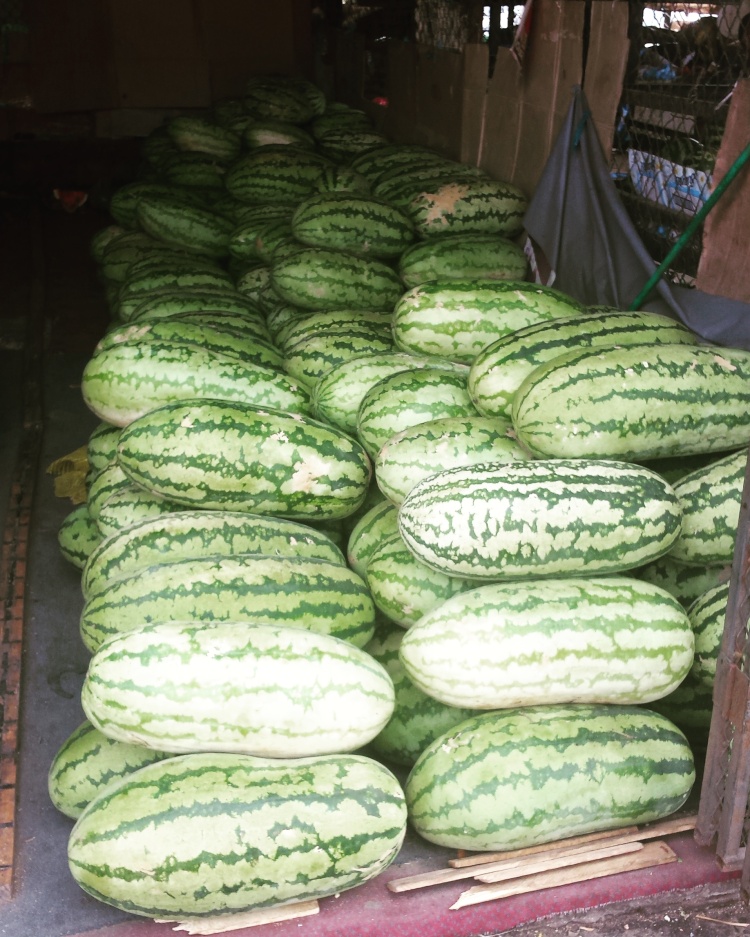 Much of this experience was cushioned by Patricio, who speaks Spanish as his first language and was familiar with the market. I wanted to try out my Spanish skills, so I went up to a vendor selling a fruit I did not recognize, and asked ¿Que es eso? (What is that?). He responded by telling me the price per pound, which I was fairly certain I hadn’t asked, so I tried again (same response). I think it was impossible for him to fathom that there was a person in the world who had never been presented with a whole passion fruit, or at least learned about them in preschool as I do with kids by showing them apples or potatoes and asking for their name. 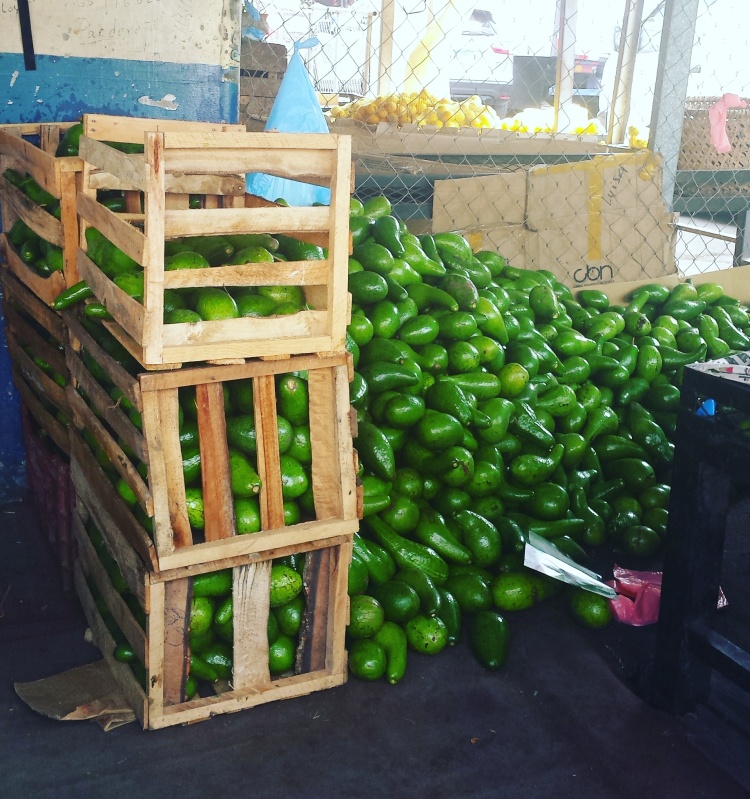 Patricio was able to identify the passion fruits for me, and I felt I had to buy some. My next challenge was determining which ones were ripe. Some were dark purple and a bit wrinkly, while others were light yellow with taut skin. Another man at the stand was picking them up and shaking them to determine their worth, so I tried handling a few. I was expecting the density of an apple or a mango, but these couldn’t have weighed more than a couple of ounces (maybe they were all ones the other man had already put back). Mostly at random I selected 3 to equal a pound (which cost $2.50 – I knew that!).

Later on in the trip (once I had consumed half of a pineapple), I cut the passion fruit in half to reveal a thick, spongy pith surrounding a dense cluster of gooey seeds. I scooped it out and directly into my mouth and surprised myself with the tartness. Given my lack of passion fruit experience, I chalked this up to picking unripe specimens and not letting them ripen long enough. It was another amusing chapter to my passion fruit story, and I figured I could do better next time. 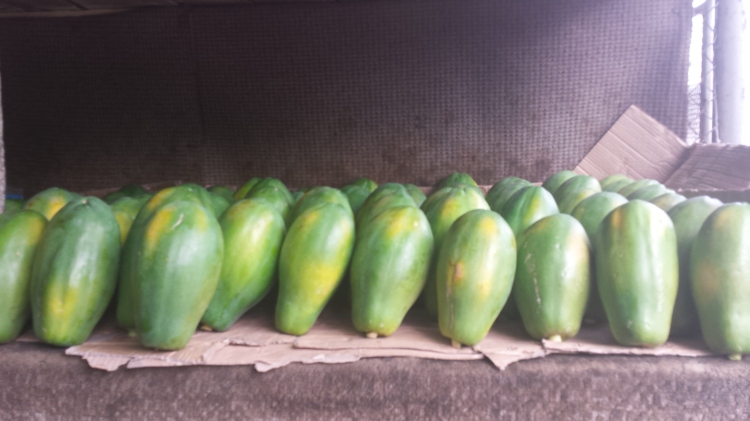 Later I recounted this to Christina, who laughed and told me passion fruit are tart, and when she lived in the Dominican Republic she watched people cut them open, pour sugar inside, and stir it up before eating. Any passion fruit I had previously eaten was part of a dessert or juiced, and certainly had sugar added before it ever entered my mouth.

I cut open one of the remaining passion fruits, added a teaspoon of sugar, and stirred it up. The seeds are covered by the fruit flesh, and you eat them together. The bright tartness is punctuated by the crunch of the seeds for a very lively eating experience. After experiencing the delight of eating a fresh passion fruit, it is hard for me to justify eating them any other way, which will have to wait for my next adventure to warmer climes. 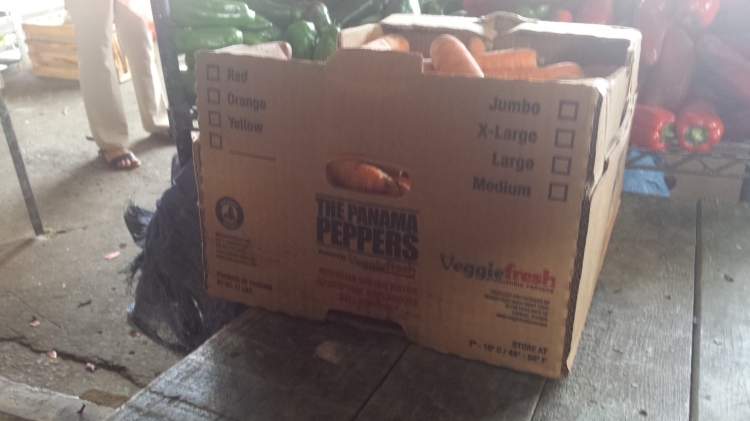